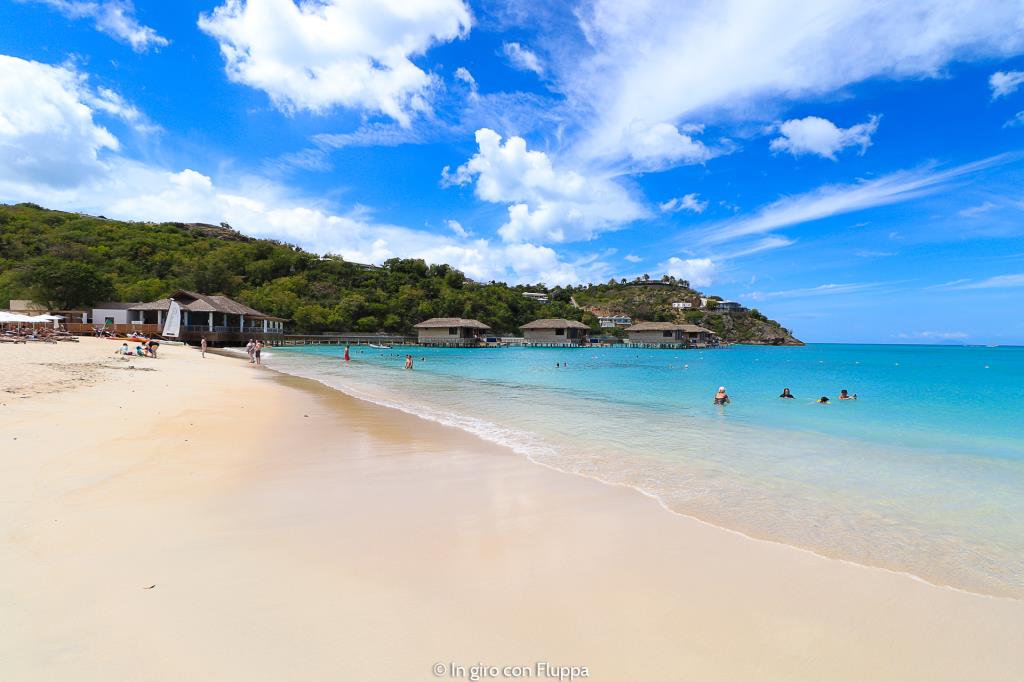 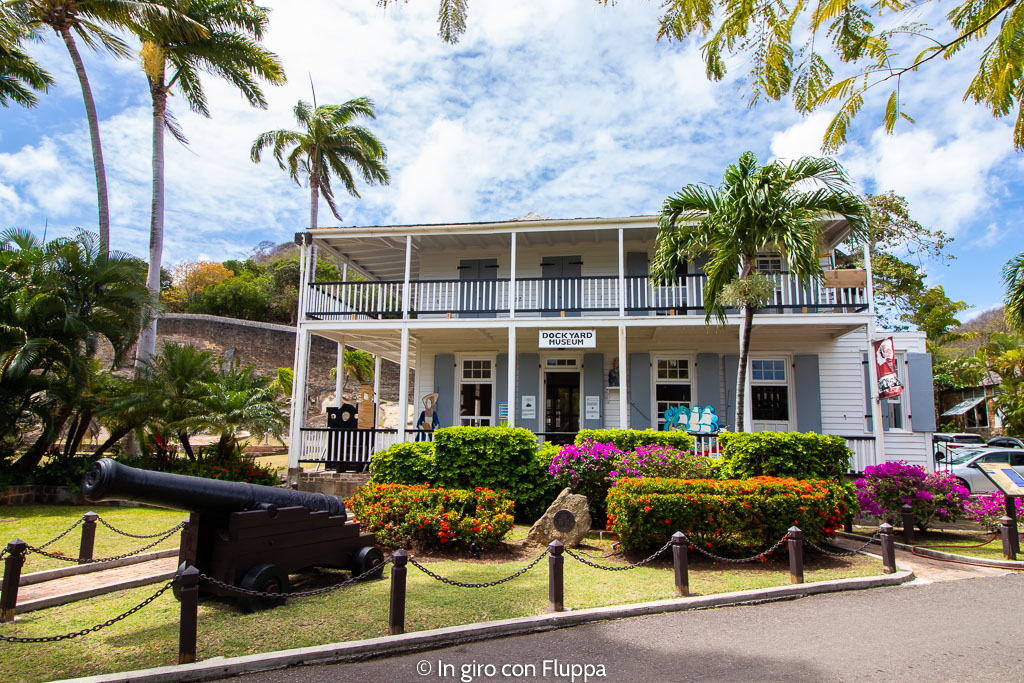 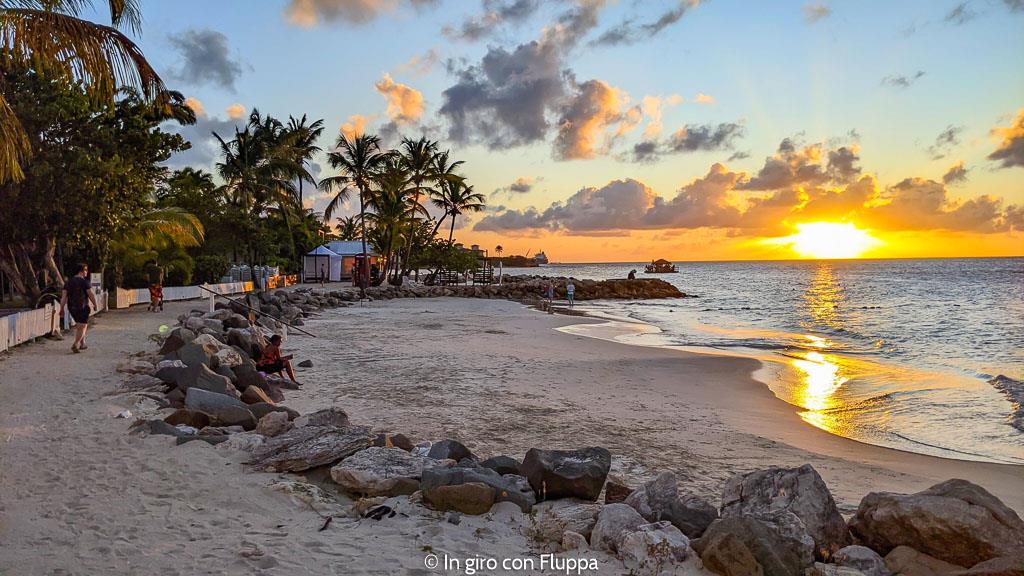 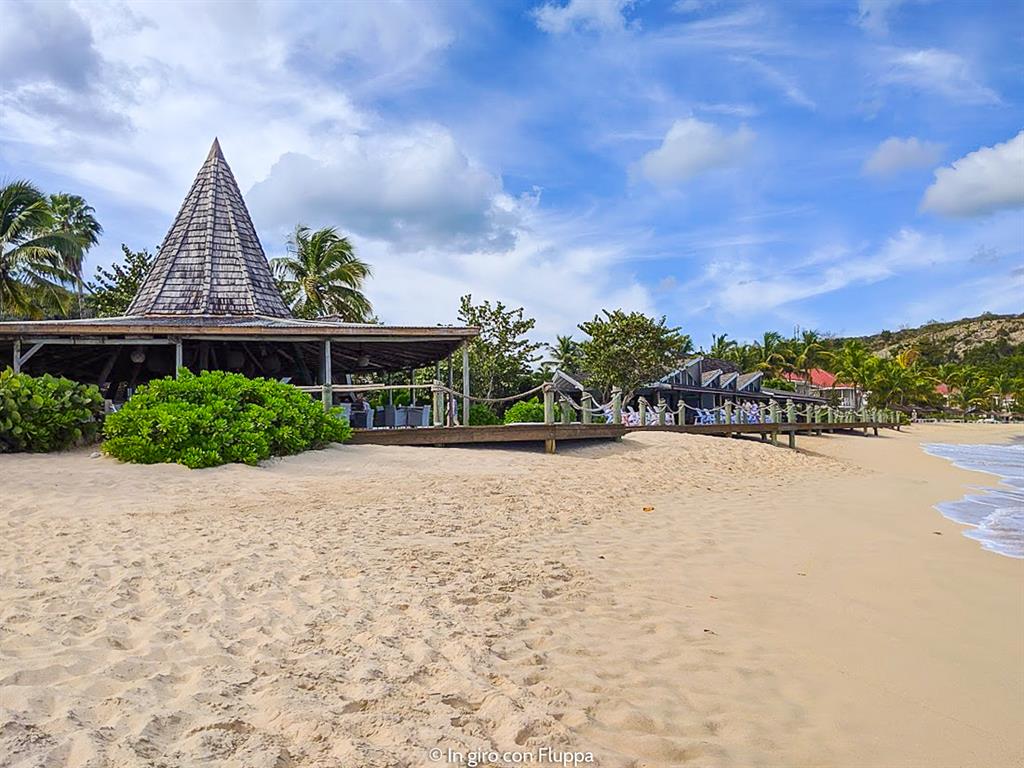 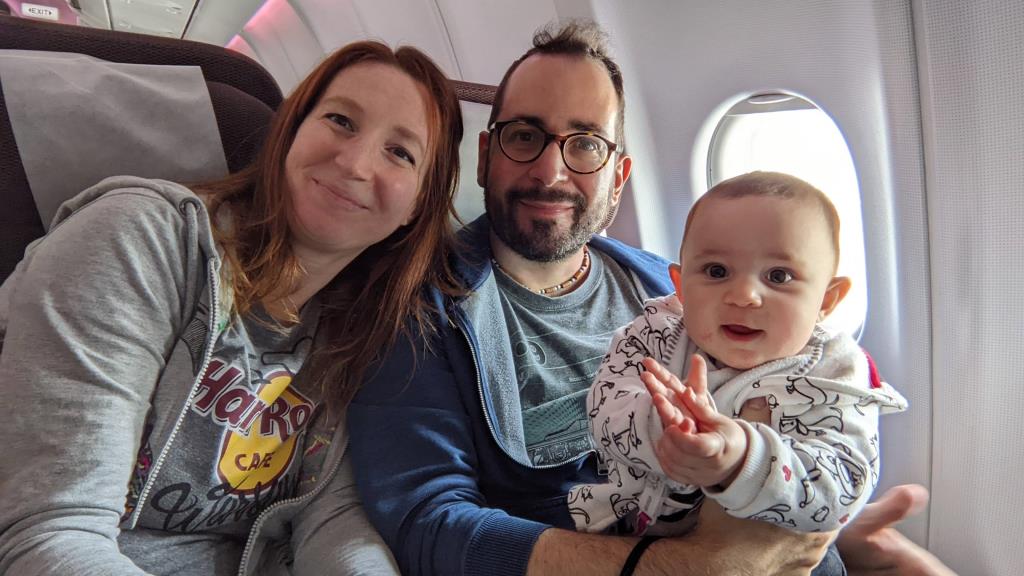 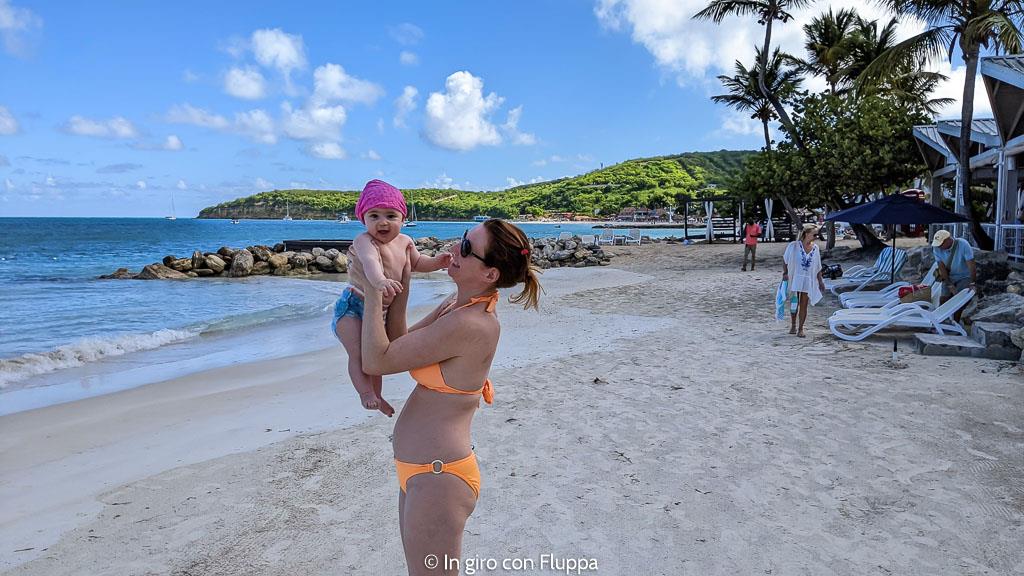 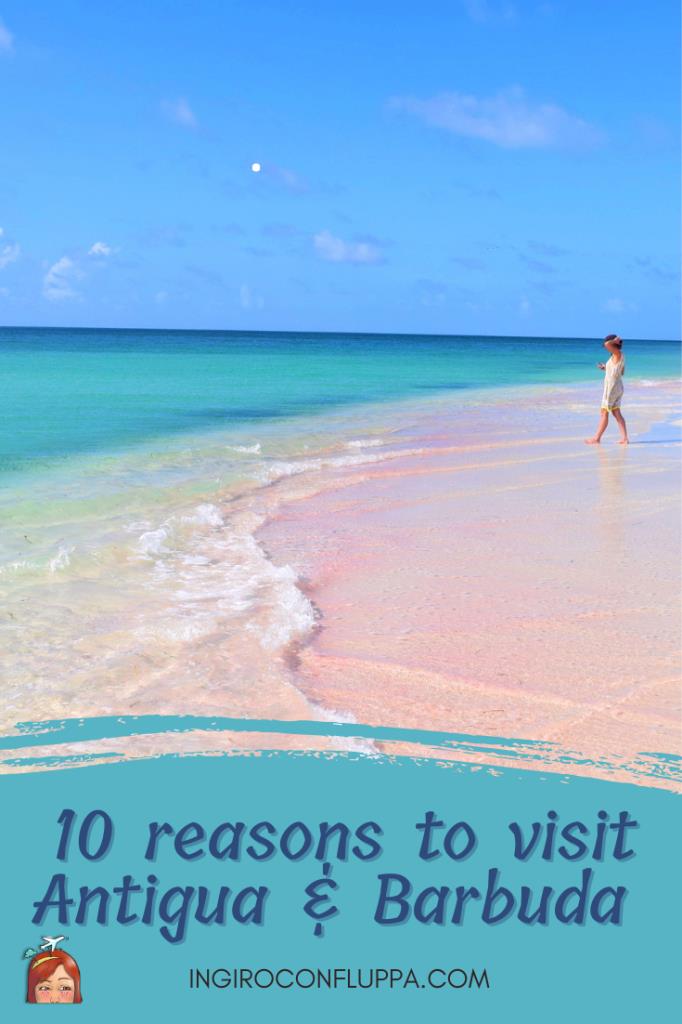 10 reasons to visit Antigua and Barbuda

one week
expensive
meat, fish, rice, tropical fruit, RUM!
from December to May

Why should I visit Antigua and Barbuda?

Antigua ruined my life as a traveller.

I was one of those travellers who never go back to the same place twice because the world is too big and the time too little to be "wasted".
Instead, after having been to Antigua and Barbuda for the first time, I went a second time. And I'm planning to fly there for the third time.
Every time a seaside place catches my attention, in my head the competition starts: "Beautiful sea, but the one in Antigua..." "Nice beach, but the ones in Antigua...". A classic.

What's so special about this island?

I know you're wondering: "Why should I visit Antigua and Barbuda? Why should I embark on an intercontinental flight when I can find such a beautiful sea in Europe too?" In fact, it's not just for the sea.

The first reason that comes to mind, the most obvious one, would be: because travelling is good. Discovering new cultures, tasting new foods, and hearing other languages spoken. But it's not enough, and in this blog post I'll list the 10 reasons to visit Antigua and Barbuda at least once in your life.

Let's start with the obvious. Antigua and Barbuda is a Caribbean island, with all the qualities that the word "Caribbean" owns: crystal clear sea, soft white sand, palm trees lined up on the beach, and tropical climate.

But, as we said before, we can find a beautiful sea also in Europe.

The beaches of Antigua and Barbuda won me over because:

These are some of the qualities of the beaches in Antigua and Barbuda that I really appreciate, obviously together with the colour of the sea. I'm basically talking about enjoyability of the beaches.
As I said before, Italy and other European countries are certainly full of places with turquoise sea and white sand, but these extra qualities always make Antigua and Barbuda win in my personal list of the most beautiful (and rewarding) seaside places in the world!

Speaking about beaches, you may want to read my blog post The 10 best beaches in Antigua and Barbuda.

There are countless activities to do

There is no such thing as boredom in Antigua and Barbuda!

The beach is just the beginning is the Antigua and Barbuda Tourist Board's motto, and it is true indeed! Museums, historical places and UNESCO sites, sunset parties with rum and barbecues, water and land activities, walks around the harbours (there are 3), duty-free shopping, boat tours and rainforest exploration: Antigua offers a wide range of things to do for those who don't fancy being on the beach all day.

I tried to list some of the many things to do on this island on my blog post Things to do in Antigua and Barbuda (beach aside!), check it out!

Since I experienced a holiday in the sun during our winter, I can't do without it anymore. Taking a break from our long, cold winter with a week of tropical weather is simply rejuvenating!

Antigua and Barbuda is one of the sunniest islands in the Caribbean, its tropical climate makes it a perfect destination for a nearly year-round vacation.

The best time to visit the island is from December to May: it's the high season, which corresponds to the so-called "dry season", when it rains very little. Temperatures stay constant between 22 and 29°C and prices are slightly higher, especially around holidays such as Christmas, New Year's Eve and Easter.
Don't worry if you can't take holidays in that period, though. Between June and November, during the so-called "rainy season", temperatures stay between 26° and 31°C, the climate is humid and muggy but on the other hand, the prices are lower.

Basically, when it's cold here, it's warm in Antigua. When it's scorching hot here, in Antigua it's still better! 😃

Antigua is sparsely built up. Most buildings, both in tourist centres and in villages, are on a human scale: small houses, historic sites, British-style architecture, and no sign of skyscrapers. There are no environmentally damaging buildings, and the resorts are surrounded by vegetation and do not affect the lushness of the island.

Antigua offers a wide range of accommodations, from locally managed apartments and villas to luxury hotels, beach clubs and resorts. There is something for everyone and for all budgets, really!
I stayed at the Buccaneer Beach Club, a small residence made of a few cottages with a communal swimming pool and direct access to the beach. It's one of the cheapest in Antigua and Barbuda and overlooks my all-time favourite bay, Dickenson Bay.

Do you need help booking your accommodation? Here's a blog post ---> Best places to stay in Antigua and Barbuda.

There are direct flights

Don't think about Antigua and Barbuda as a remote island, it's actually easy to reach.
There are direct flights from London with British Airways or Virgin Atlantic, which take 9 hours.

If you manage to book your tickets well in advance, the flight prices aren't even that high: I paid £600 return both times, hold luggage included. Obviously, the prices go up during the holiday season, as for all destinations and airlines.

The timezone is only 4 hours behind the UK, which makes the jet lag not a big deal.

Getting around is easy

Antigua is a fairly small island, you can cover it from north to south in a 45 minutes drive.

If you want to explore as much as possible and want to be free to go when and where you like (like me!), renting a car is the best option.

The roads aren't in very good shape, with potholes, animals grazing freely and little signage, but Google Maps will get everywhere.
You may find some traffic in St.John's, the capital, during the rush hours, but other roads are generally free.
The speed limits are set to 8 mph in the towns and 40 mph outside, petrol is quite cheap and the direction of travel is like in England, so you'll have to drive keeping your left.

If you don't feel like driving, there are many guided tours from your hotel, so rest assured that you won't be stuck on the beach 😄

I advise you to read my blog post How to get around Antigua and Barbuda thoroughly, to figure out which way of exploring the island is best for you.

I speak only two languages and, when it comes to choosing a new place to visit, I always tend to choose an English-speaking country or at least one that is able to communicate in English quite easily.
The reason is simple: I like talking to locals, listening to stories and anecdotes from those who live there, understanding what a tour guide says, reading plaques and directions, and generally being able to communicate with those who live and work there.

Antigua, a former British colony, has kept English as official language, although Antiguan Creole is the native language of almost everyone in Antigua and Barbuda. The accent can sometimes be slightly difficult to get, also because some words of the Antiguan dialect and some idioms come from English but also from African languages.

Antiguans are friendly and willing to help. They may be a little shy at first, but once you start to chat and smile they'll be open.

As far as human rights are concerned, Antigua and Barbuda does not allow employment discrimination and condemns human trafficking, domestic abuse, child abuse and child labour.
Homosexuality has been legal since 5 July 2022, although there are still steps to be taken towards full freedom for the LGBT community (source: equaldex.com).

Speaking of food, Antigua and Barbuda's cuisine manages to suit all tastes: on the island, you will find everything from international food to typical local dishes.

On the local dishes, you will find Jamaican, African, Indian, Spanish, English and many other influences.

Are you looking for some recommended restaurants or beach bars? Here they are:

There certainly are many others, if you know them just let me know!

It's suitable for everybody

As I mentioned before, I've been to Antigua twice: the first time was an adventurous trip with my husband, where I also explored other Caribbean islands, while the second time we came back with our 8-month-old baby and allowed a whole week to Antigua.

Two different types of holidays then: one adventurous and full of activities, the other one with my family at a much slower pace.

Antigua hasn't disappointed me either time, because it's an eclectic island suitable for everybody. Groups of friends, couples, families with children of all ages, pensioners: anyone will find something suitable in Antigua and Barbuda, starting from the accommodation, to beaches and activities.

Antigua and Barbuda have them all ❤

Last but not least... Barbuda

So far we only have talked about Antigua, the bigger of the two sisters. But no trip to the twin island nation would be complete without a day tour to Barbuda.

Compared to Antigua, Barbuda is fairly deserted because it was evacuated in 2017 due to Hurricane Irma. The hotels and guest houses on the island can be counted on one hand, as well as restaurants and bars. This aspect makes it, if possible, even more fragile, private, and secluded.

Barbuda is surrounded by coral reefs and boasts some of the most pristine and beautiful beaches in the world such as Pink Sand Beach and Princess Diana Beach, which is named after the Princess who loved to spend her holidays here.

Barbuda is also a wildlife heaven.
A large lagoon houses more than 150 species of birds, such as herons, cormorants and pelicans, and the Frigate Bird Sanctuary, the largest nesting colony of Frigate birds in the Caribbean.

I hope I gave you enough reasons to choose Antigua and Barbuda for your next trip!

If you have any questions or doubts, feel free to drop me an email at: flavia.iarlori@outlook.com. 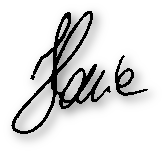 Note:
This post may contain affiliate links. If you book a tour/accommodation on the partner website through my link, I will receive a small commission, at no extra cost to you. This way, you will help me to support and keep my blog going, without any additional expense for you.

In giro con Fluppa does not hold itself directly responsible for any purchases of tickets and/or online reservations made before reading the conditions of use of the provider.